Do We Really Need Proposals? 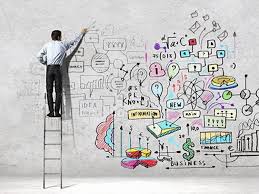 Writing a proposal is an accepted norm in many industries: as a vendor, you receive an RFP, or get a call from a client site to bid on a job; you either take direction from the RFP or gather data on specs from a customer; you then go forth writing a proposal to explain exactly how you’ll achieve their stated goals; and figure out a competitive price that’s as low as you can go – a fight to the bottom – and still make a few shekels.

Then you sit back and wait. And close far less than you deserve, sometimes losing to folks who you know wouldn’t have done as good a job as you would do.

WHAT’S MISSING FROM AN RFP

The problem with a proposal is it only addresses the completion portion of the underlying problem to be resolved. Sure, a finished solution is needed, and that solution will have a cost. But until the entire set of stakeholders is involved to not only collaboratively define the acceptable parameters of a result, and buy in to the resultant disruption and change, any outcome will be plagued by resistance and implementation issues. Unfortunately, these important considerations are too often left out of the RFP/bid process:

I contend that most vendors will come up with a decent proposed execution and cost, but fall short during the process of developing and implementing it because the upfront work was incomplete and different types of resistance ensue unnecessarily. This is where the RFP/proposal/bid process falls short, and it’s your competitive edge.

Think about it: if you’re going to do a house remodel, you assume whoever sends a proposal will be some level of competent. But which one will make your life difficult/easy during the build? Will any of them sit down with you and the recipients of the remodel BEFOREHAND to make sure everyone has a say and is committed to the process? To make sure you’ve managed your expectations for what’s involved and find new choices if necessary? If you knew that one contractor would begin by ensuring all stakeholders had a voice in the outcome and process, led you all through the potential disruption, and designed a communication channel to minimize fallout during the process, would you mind if this group charged 15% more than the others?

Years ago my partner was a famous landscape architect who did major land rebuilds as he put in ponds, mountains and waterfalls, Chinese tea houses, etc as his landscaping. He came home daily grumbling about his clients’ anger. Knowing how brilliant his work was, I decided to follow him around for a couple of days to find out why clients were so unhappy: while his designs were magical, the clients didn’t know upfront the amount of mud, noise, filth, access problems, etc. that would take over their lives for months. I helped him understand the problem and his process changed. Before he even submitted a proposal, he sat down with the potential clients and helped them come to terms with the levels of chaos that would be involved and submitted designs and timing plans that incorporated their needs. His business doubled, and the grumbles subsided.

If you seek a new training partner for a leadership program, for example, you might send out an RFP, and seek references (separate from the price) to help make your best choice. But imagine if, before responding, one of the vendors set up a meeting asking the full set of stakeholders (or their representative) be present and helped them determine their own criteria for success, what they’d need to understand about the process and delivery of a program and how it would meet their values, and how to include post-training maintenance to ensure a learning culture would be maintained.

Years ago, when I still wrote proposals, I was friendly with my closest competitor. When we received an RFP, we agreed on a similar price to submit (usually within a few hundred dollars from each other) to make sure we were chosen specifically on our merits, not on price. I personally met with the client to include all stakeholders and manage the change upfront, and got a greater share of the business, based on my merits.

The question is: how can you be the one to assure customers get their full set of needs met – especially when they’re not always cognizant of the ‘cost’ as they send out their project for bid?

OUTCOME VS PROCESS: HOW KPMG CHANGED THEIR PROPOSAL PROCESS

Years ago, my client at KPMG didn’t return my call for many days. When I finally got ahold of him he said he was suddenly busy: a large team of the consultants were working on responding to an RPF from a company that had never used them before, always using their biggest competitor Arthur Anderson (no longer in business). “What’s stopping them from using Arthur Anderson this time?” I asked? Dave said he’d find out and call me back.

Next day Dave called: They ARE using AA. They just needed a second bid.

We went into action. Since it now made no sense for KPMG to respond to the RFP (saving a team of 4 people almost a month of time), but they really wanted to be considered for future business, we sent a cover letter stating that we’d not be sending a proposal, but instead help them recognize what they needed to do internally to ensure buy-in from all stakeholders before, during, and after the final implementation; how to ensure minimal disruption; and the specifics of how to alleviate resistance or fallout by managing relationship, compliance, and change issues BEFORE they started the project.

We sent them a list of a form of question I invented called Facilitative Questions that lead Others to discover their own best answers, rather than conventional questions that are biased by the needs of the Asker (Example: What would we all need to know, and agree to, moving forward, to recognize a glitch or resistance early and avoid fallout?). My FQs facilitate the HOW for any situation of change and went far beyond the details – the WHAT – the RFP required including:

We didn’t hear back for two months. Then KPMG got a call asking them to begin the job. “We hired AA as planned. But when they started, they didn’t address the topics of your questions, where we always seem to experience fallout and resistance. We never thought about those issues before we started a project and always suffered fallout from ignoring them. Your questions taught us how to think of the whole project as a coordinated structure not just an end result. Thanks. Can you do the job for us?”

From then on, my clients at KPMG used the same questioning structure whenever they received an RFP, and never sent out another proposal – and got more business. And btw the RFP was for multimillion dollar work that involved global stakeholders; the process is equally effective with small jobs.

WHAT DO CLIENTS/CUSTOMERS REALLY WANT?

People want a job done well for them, executed in a way that will cost them the least downsides, in a way that’s acceptable to those who will be part of the process. It’s not a money thing, not an output thing; it’s a system thing. And the way proposals are now approached, it becomes a money/output thing.

The reality is, unless the full set of stakeholders is involved and has a say in the process and fallout, unless there is a known route through the change/disruption/implementation process, there will be a mess for the contractor as the voices that have been silent get raised in protest.

Most folks sending out an RFP or talking to a contractor don’t include the whole group, and do NOT understand the full set of givens necessary for a good job. They are trying to choose a vendor based on referrals, websites, reputation, without actually knowing what the hell is going to go down.

But imagine if you can lead them through to the entire set of circumstances, the gathering of the right stakeholders, the understanding of the downsides to the sort of result they seek, the route through to facilitating buy in so the fallout is minimal. Imagine if you do that – and none of the other vendors do. Is it not possible they won’t need to look at other vendors? That price won’t be an issue?

In reality, you don’t really know the full set of stakeholders when you receive an RFP or get called in to price a job; you have no idea how close the specs are to the needs of the full set of those who will touch the final solution and who may be unhappy when a new solution is thrust on them; you have no idea how the implementation will play out in terms of buy in and resistance; you have no idea what level of chaos is involved under the sheets, as it were. In the same vein, neither do your clients. Help them first determine the full set of their own needs and issues, and then writing up a few details and costs will be simple. You would have already paid for yourself, and saved a lot of time writing up proposals.

Sharon Drew Morgen is an original thinker, thought leader, consultant, trainer, speaker and coach. She is the author of 9 books, including a NYTimes Business Bestseller, Selling with Integrity, and two Amazon bestsellers Dirty Little Secrets: why buyers can’t buy and sellers can’t sell, and What? Did you really say what I think I heard?Sharon Drew works across industries, using her generic Buying Facilitation® model to enable sellers, healthcare professionals, leaders, coaches, etc. to facilitate others through to their own best decisions. She lives on a houseboat in Portland OR.