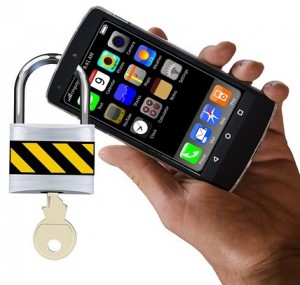 But to me, one element seems missing: other than a few attempts at behavior modification, I haven’t noticed any targeted capability to formalize lasting patient compliance. We’re providing patients the What and Why, but not doing such a great job on the How. It’s a conundrum: Why don’t patients do what they know they need to do? Why isn’t a rational argument, or a health scare, or trust in a provider, enough to inspire behavior change?

For those times we believe our patients need to change behaviors for improved health benefits, we’re not doing such a great job of helping them change. Indeed, we’re asking patients to change before they know how, causing resistance and non-compliance. But with a slight adjustment it’s possible to help them adopt and routinize new health-driven behaviors – in office or on apps – and avoid resistance completely. The first element to consider is behavior. What are behaviors, and why are they so hard to change?

Behaviors are merely the expression – the representation – of our Beliefs; the translations of our values into practice; our Beliefs in action. Without Beliefs as the foundation of our actions, new behaviors have no source.

CHANGE IS A SYSTEMS PROBLEM

Each of us operates out of a unique, unconscious, human, adaptive system of rules and goals, beliefs and values, history and foundational norms that enable us to show up every day and operate in our own unique way. Our personal system is our status quo. It represents who we are and the organizing principles that we wake up with. It’s habituated, normalized, accepted, and replicated day after day, year after year, including what created and maintains our potentially flawed behaviors. It’s who we are, the identity and internal rules and Beliefs from which we derive our politics and religion and opinions; and we’ll do whatever it takes to maintain it and remain congruent – operate daily as who we know ourselves to be.  The problems – the bugs, inadequacies, bad habits, quirks and personality traits – are baked in; we adopt clever, idiosyncratic workarounds to maintain them because, well, they’re part of our system and we adapt: gaining weight? Buy a bigger size. Coughing a lot? Suck on lozenges.

When we offer patients suggestions that haven’t been incorporated into their system, we’re actually threatening who they are and how they see themselves; regardless of their need to change or the efficacy of the offered solution, we’re actually asking people to

Of course we offer healthy options. But that’s not the point; their resistance is unconscious. Until or unless someone recognizes that a proposed change won’t cause permanent disruption to who they are, AND can discover how their beliefs, goals and routines can safely, congruently expand to include new behaviors, AND manage any fallout in a way that leaves the system butter-side-up, people will not change regardless of their need or your solution.

Here’s a very simple example. Years ago, my neighbor Maria came over crying. It seems she was just diagnosed as pre-diabetic and had to change her eating habits including discontinuing her beloved tortillas. As a Hispanic woman with a very large family living nearby, she was known as Tortilla Abuela and supplied tortillas for all family functions. There were kids and grandkids around all the time seeking tortillas; Abuela was constantly at the stove making them. I’m not sure I ever saw her without her apron on. Of course she and her husband Joe ate them at every meal.

I brought her to Whole Foods and we found healthy non-grain flour and types of healthier shortening, but we knew it wouldn’t be the same. Maria gallantly tried for two weeks but she and the family were miserable; she finally gave up and went back to the lard and starch. “What can I do? It’s who I am.” she said.

I posed a Facilitative Question to help her figure out how to make change and still remain compliant with her Beliefs and status quo:

Facilitative Question: What would you need to know or believe differently to be able to provide your family the food they depend on you for, and still eat in a healthy way so you’ll be cooking for them for a long, long time?

Answer: I’d need to find a new way to get them tortillas that taste like mine, replace what I can’t eat with healthy options that my family will still love, and still be the one they depend on for favorite foods.

Now we had a direction to go. Food and tortillas were part of her core identity – baked in to her system, and necessary for her to maintain her role as family nourisher. We set about finding a route through to health AND food AND family. On reflection, Maria recognized her daughter Susanna made tortillas almost as good as hers, and, aside from her famous tortillas, her family loved her green enchiladas (sans tortillas, they were healthy and compliant with her doc’s suggestions) almost as much as her tortillas.

Her workaround was quite creative, one that I, as an outsider to her family, could never have conceived. She invited everyone over for dinner and served her famous enchiladas. Then, in grand presentation fashion complete with a bow, formally handed the tortilla implements to Susanna. She announced that because of her new health issues that kept her from eating tortillas, Susanna would now be Tortilla Tia but she’d still be making the green enchiladas for every family function. The family would get their tortillas and their enchiladas, and have a healthy Abuela.

WHAT TO ADD TO HEALTHCARE APPS

In our passion as healthcare providers we forget that regardless of our bona fides, the patient’s need, or the trust we’ve acquired, we’re outsiders: we cannot effect change for the patient; they must design their own path to congruent change.

When we design apps that offer patients our choices, ask patients for information we need, and don’t include an ability for them to design their own path to compliance in line with their own system of Beliefs, rules and experiences, we’re overlooking the need to facilitate patients through their change process.

Over the past decades, I’ve developed a Change Facilitation model I’ve taught to sales people, coaches, and leaders that facilitates their internal, personal decision path through to congruent change. In the sales industry, I’ve trained Buying Facilitation® for the past 35 years to many global corporations – around 100,000 people in companies such as IBM, Kaiser, Cancer Treatment Center of America, Morgan Stanley, KPMG, DuPont, California Closets, etc. – to results that far exceed those achieved by the sales model alone (In pilot studies, we’ve consistently achieved close rates of 40% using the same list that the control groups closed 5%.); we teach potential buyers – regardless of the price/complexity of a solution – how to organize themselves around the change of adding a new solution before we sell. In other words, this model has already been tested.

It involves several skills to facilitate unbiased guidance to help people make their unconscious more conscious, including 1. a new type of question that acts as a GPS to guide people along their own normalized, idiosyncratic route of change; 2. stops along each of the 13 change steps that all human systems traverse to make congruent change. Here’s a brief overview of two of the skills involved with the process:

Facilitative Questions: a new form of question that uses specific non-biased words in a specific sequence to lead people through their own internal, congruent, change process, to avoid resistance and advance discovery. They’re not information gathering, pull, manipulative, or biased by the needs of the Questioner; it’s a sort of GPS that efficiently moves people, without bias, through their own largely unconscious systems to design a path to congruent change while creating trust along the way [Note: especially on an app, it’s important to establish a ‘trusting relationship’ with users.]. Usually asked within a series, here’s a very simplistic example of a Facilitative Question.

How would you know if it were time to reconsider your hairstyle?

as an add-on to healthcare apps. Additionally, it’s possible to message our questions and requests – patient intake forms and surveys, search for patients who will remain compliant during the length of a study, the incorporation of family to support the change – so patients can respond without resistance.

Change Facilitation: although patients know there’s something wrong and probably should do something differently, they can’t permanently change until their system

Our apps can add a front-end feature that employs Facilitative Questions in the right sequence, to lead patients through their own idiosyncratic steps of change so they can plot a path that matches their own Beliefs, rules, and life experience. We can enable healthcare apps to first facilitate patient buy-in, highlight their potential points of resistance as the change progresses, and help them design a route through to congruent, enduring compliance, regardless of the change desired – routinized exercise and food regimens, patient retention, patient engagement, and data collection for example.

I’d like to help be part of the effort that affords patients the ability to choose health, positioning providers to be true Servant Leaders. I look forward to working with the healthcare industry to optimize patient engagement.

Sharon Drew Morgen is an original thinker, inventor, and author of a NYTimes Business Bestseller (Selling with Integrity) and two Amazon Bestsellers (Dirty Little Secrets – why buyers can’t buy and sellers can’t sell, and What? Did you really say what I think I heard?) as well as 7 other books and 1700 published articles.She is the inventor of Buying Facilitation® and Change Facilitation models that help influencers help their clients to manage congruent change. Sharon Drew founded The Dystonia Society while living in the UK, during her stint as the founder of a tech start up in 1983. Sharon Drew lives on a floating home, on the Columbia River in Portland OR. Her blog award winning blog, www.sharondrewmorgen.com, features original essays on sales, leadership, communication, systems, change, and influencing. sharondrew@sharondrewmorgen.com