The Cost of Misunderstanding: why leaders must take responsibility for mistakes 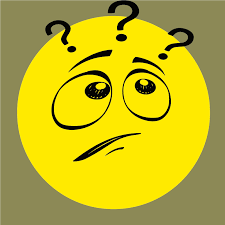 Working with a partner in Amsterdam recently, I was one of a small team of communication experts offering a day of skills for executive leaders. Wanting to make sure my contribution would work interdependently with the other consultants, I asked my Dutch partner Thomas Blekman the topics my colleagues would be presenting. Voice and Storytelling, I was told. Did I need to contact either of them to discuss how to best fit my content in with theirs? Nope. “Just teach your great stuff.”

Hmm…. From the topic titles, it seemed the client company wanted the leaders to learn the best tools to facilitate audience buy-in. To add my knowledge appropriately, I developed an agenda that enabled these leaders to be heard without bias and encourage maximum information/idea adoption. Given my work on the unconscious biases involved in our brain’s physiologic listening processes (I wrote a book on closing the gap between what’s said and what’s heard – WHAT? Did you really say what I think I heard?), I know that people can accurately interpret only a percentage of what’s said. I wanted to help these leaders make sure their outreach efforts would be heard as per their intended outcomes.

Twenty minutes prior to my session, I met the man teaching Storytelling. Except it wasn’t Storytelling. He was teaching How to Pitch. He introduced himself as the winner of The Netherlands Pitching Competition.

What? Not Storytelling? The blood drained from my face. Thomas noticed immediately: “You’ve got a bias against pitching. Admit it,” he whispered. I was so overwhelmed by the enormity of my misunderstanding, and the consequences to the participants, I merely agreed. But I had to very quickly try to figure out how to reconfigure what I’d developed to more accurately address the new situation.

Different from the listening skills I would now be teaching, I’ve spent 35 years training sales folks in my Buying Facilitation® method, and my pitching program teaches 1. very specific skill sets to facilitate an audience’s ability to make a new decision and be ready to act before a seller pitches anything, and 2. how to develop pitch materials that match the responses of the audience. In other words, not pushing content at them as per the speaker’s outcome, but helping them determine the type of content they’d need in order to consider making a purchase now, then giving them that exact content. Quite the opposite of conventional pitching.

For me Storytelling and Pitching are entirely different concepts. In Storytelling, the speaker shares a narrative that will hopefully facilitate audience buy inand connection, potentially shift thinking, and maybe consider new ideas. Pitching means there is a manipulation going on – with precisely chosen words and images – to get Others to act according to the speaker’s agenda. While both are potentially forms of influencing, Storytelling has an idea-shift outcome while Pitching is a persuasion tactic designed to cause an action desired by the presenter.

Had I understood the real program title was Pitching, I would have designed a very different program, including role plays to teach how to formulate the new type of question I developed (Facilitative Questions) that facilitates decision making, to use before they pitched; and then ways to develop presentation materials for their pitch that matched the audience responses rather than traditional pitch decks that focus on the seller’s information choices.

While I was able to add some new material to my original design, my presentation left the audience confused as to where my stuff fit. Not to mention that without discussing his content to see how I could collaborate, I was flying blind against The Best Pitcher in The Netherlands. Obviously, an upfront discussion weeks prior to the program would have given me the data I needed to design the best skill sets to complement his.

While there was no blame involved here (I don’t think Thomas intended to mislead – he most likely just translated wrong.), there was a cost to my misunderstanding. The participants didn’t get what they deserved because I had misunderstood my mission. The fact that it wasn’t my fault is irrelevant.

HOW WE GET IT WRONG

Often in our communications we make assumptions, mistranslate another’s words or meaning, or misunderstand the nature of a message, and unwittingly end up causing harm.

While sometimes – maybe 15% of the time – the problem isn’t your fault because you can make faulty assumptions from the facts you’re given; or you have such an entirely different world view that you cannot fully comprehend the full fact pattern. Most of the time you unconsciously bias what you hear, causing a gap between what’s said and what’s heard. It’s your brain’s fault.

So net net, it’s quite difficult to know for certain if what you think you hear is accurate without checking; when you believe your understanding is accurate, it’s pretty hard to get curious about the possibility of a misunderstanding. [Of course it’s only when an influencer can consciously recognize fact from personal, unconscious bias that it’s possible to truly understand what’s been said. For those wishing to learn how to do this, I have a chapter on this (Chapter 6) in WHAT?.

But whether it’s because a situation has occurred outside of your choice, or because your own unconscious bias caused you to misunderstand, the results are the same: when your actions are based on a fundamental misunderstanding that results in you causing harm, you must fix it. Otherwise you lose trust.

To fix a misunderstanding, you must take responsibility for it, regardless of whether or not you believe you’re at fault. Many years ago, when leaders still made unilateral decisions, I was working with the inside sales reps at Bethlehem Steel. Over the months, it became very clear that the entire group was deeply angry. Earlier that year they had been ordered to move: leave their homes and lifestyles, and move to either Burns Harbor, MI or Sparrows Point, MD. They were given two months to sell their houses, pack, buy new houses, move their families, find new schools and new jobs for spouses, in the middle of a school year. Two months! Obviously, families split up to remain behind with kids in school, houses weren’t sold in two months, or packed, or purchased. The reps were living in rentals, flying to their families on weekends. Or the spouses moved and left teenagers to finish out the school year with neighbors, etc. A mess.

The reps lived in daily resentment, unconsciously (or consciously) dragging their heels getting things done, forgetting to do stuff. Sales numbers plummeted. They took a lot of sick time, took days off to visit their families back in their old houses, got weird illnesses like emotional blindness (Who knew that was a thing!), etc.

Because my client Dan was the instigator, I decided to do something about it. One day, Dan came out of his office to meet his mystery lunch guest. It was me. I had arranged everything with Dan’s secretary, and flew in on my own dime.

Dan: Hey, SD. You’re not supposed to be here today, are you? Are you my lunch date?

During our lunch I explained how angry everyone was, and how he had disrupted their families and lives. Dan didn’t get it. “I gave them each $5,000 compensation to move!” Obviously he needed a bit of a push. I told him I’d set up a meeting at 2:00 that afternoon with him and the rep’s leadership team, and handed him a speech to say to them.

Dan: This is an apology!!! I’m not saying this!

Dan took the paper, and began pacing around the restaurant, reading. He paced for 20 minutes. Then said he was ready to go. We didn’t talk in the car. In the meeting, I sat in the back. At the table, he stood up, looked over at me, cleared his throat, and said to everyone:

It seems I overstepped my bounds and didn’t consider your needs when I forced you to move on such short notice, find other houses to move into, pack, move in the middle of the school year, and didn’t respect your family obligations.

That was all he had to say. The entire group got up and cheered. Some of the men starting crying. They all went around him to hug him. “We just needed to hear you apologize. We felt overlooked and disrespected. You didn’t seem to care about us or our families. We just needed you to take some responsibility for your mistake.”

Net net. I don’t care if you believe you misunderstood anything or you believe you’re ‘right’. If there is a problem under your watch, you’re responsible.

Here’s what you’ll notice if there might have been a misunderstanding:

Your responsibility is to have a well-functioning, thriving group, an outcome in which everyone is creative and collaborative, a conclusion that everyone can buy into and become better for. Blame, fault, mistake, are not operative. It’s just your job.

Sharon Drew Morgen is an original thinker, sales visionary and inventor of Buying Facilitation®, and author of 9 books including the NYT Business Bestseller Selling with Integrity, Dirty Little Secrets: why buyers can’t buy and sellers can’t sell, and What? Did you really say what I think I heard?Sharon Drew works with companies to facilitate congruent change and collaboration, with healthcare providers to facilitate patient buy-in, with folks seeking permanent change by facilitating them through their unconscious to design a conscious route to permanent change (The HOW of Change). She is a consultant, coach, trainer, speaker, change maker and award winning blogger (www.sharondrewmorgen.com). She lives in Portland, OR on a houseboat. Reach Sharon Drew at sharondrew@sharondrewmorgen.com