What’s the Cost of Disgruntled Employees? Hint: employees are Customer #1 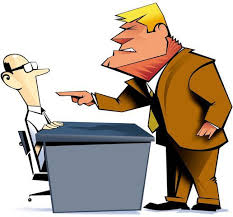 My friend Jack’s boss recently visited his team berating them for the output of their year-long project undertaken at his behest – and then walked out. Feeling disrespected and unmotivated, the team became despondent. As a senior manager Jack was left with the responsibility of re-incentivizing and inspiring the team and getting them back on track. But no one was there to incentivize him. After several such situations he began putting his creative energies into a beloved personal project.

I asked Jack what happened once he’d had a private word with the boss to discuss how his actions impeded the team’s creativity. Nope. No discussion. Jack said it happens all the time and he would have faced rebuke had he mentioned it.

I believe that employees are a company’s first customer; why would companies prefer to not serve their employees as respectfully as they served paying customers?

Indeed, we spend a large chunk of our lives working; we choose jobs where we can be our happiest, most creative and engaged selves. And yet here is one of the world’s great tech companies systematically mistreating the very people they hired to help them grow and carry their brand as global innovators.

Not only is this morally offensive, it’s profoundly stupid, akin to shooting your sled dogs for an infraction during the Iditarod. Why would you want to damage your lifeline to success?

Of course this isn’t the first company that treats their employees like scrap. But for the life of me I cannot understand why anyone would want to disrespect an employee (or anyone, for that matter).

The cost is so high, engendering less innovation, more turnaround and higher hiring/training costs (if anyone even wants to work for them once word gets out), bad press, and unhappy employees that go on to inadvertently treat the company’s customers with less respect as natural fallout. Not to mention they eventually fall behind companies with Servant Leader practices that work on win/win, respect, and integrity.

In the 1980s I set up my tech company so everyone could explore their dreams, ideas, and the excitement of possibility. And except for moving, no employees left during the 5 years I was there. Competitors told me at conferences that they offered to pay my folks double but they wouldn’t leave. “What’s your secret? What are you doing over there?” they’d say.

What I did was pretty simple: I took care of them. I respected them. I removed ‘vacation days’ and told them to take off the time they needed to stay refreshed (I had to make them leave a few times a year – I couldn’t get them to take time off.). As per company policy, everyone took one day off a month to do volunteer work; anyone wanting a newly created leadership role got a 2 week trial run to see if they wanted the job before I hired in a stranger (Most folks went back to their job so they’d have more time with their families.); I took the field techs to a pub monthly to keep connected; I hired a ’make nice guy’ to make sure the outside team had a dedicated person for both technical and client relationship support.

And it was part of the culture to be as creative as they liked so long as they got my help 3 feet before falling over the edge. I remember my surprise (We’re doing WHAT?) when my training director signed a one-year lease for 1,000 sq ft of extra space to create a new set of programs that became so popular we doubled our training business in a year. They even got me to train a management course! I would never have thought of it. My employees were Customer #1 and I trusted their ideas.

So it makes no logical sense to me why companies condone disrespect when they depend on their employees for their success. Maybe:

There’s just no ‘win’ in it. Years ago I was hired by a franchise owner to visit 11 of his companies around Europe to see what was going on. When I returned with my 75-page report, he had a check ready for me saying the job was done. But given the problems I unearthed, we had loads of work to do. What happened?

Peter: See that pond out there? Before you left the water was sparkling. Since your visits and the questions you posed to the companies, I can’t even see the water anymore. All the junk that was on the bottom is now on top.

SD: And your choice is to clean it up or get rid of me and let it sink back down so it goes back to being hidden.

Peter: Correct. It’s all been working well-enough, and I can’t tolerate what it would take to fix these problems.

SD: You really need to read my report because you’ve got a few serious problems. Paul is methodically stealing all your customers.

Peter: I’m sure it will be fine. I’ve been Paul’s mentor for years. He wouldn’t steal from me.

Six months later he went bankrupt when Paul took the customers. I assume Peter never read the report. Ego. Denial. Status quo. No ‘win’ in it at all.

For a corporate culture to maintain standards that allow the sort of maltreatment that disincentivizes staff and decreases output, the entire leadership team must buy-in to abuse.

Given that people (employees!) thrive on kindness, respect, and positive attention – my goodness, even our brains experience increased well-being with the raised oxytocin from positive attention – why would a company prefer to continue discouraging the very people they need for success?

I’m going to pose some questions here in the hopes that companies make sure they notice and minimize any sort of practices that are less than encouraging, inspirational, supportive, and honest:

I don’t have answers here, folks. I have no place in my brain that would understand why anyone would want to do that to another person, let alone a senior manager with reports he’s dependent on to expand their brand.

For now, let’s just think about the questions and start a conversation. Let me know your thoughts: sharondrew@sharondrewmorgen.com