Buy-In: how to procure compliance, and why it seems difficult 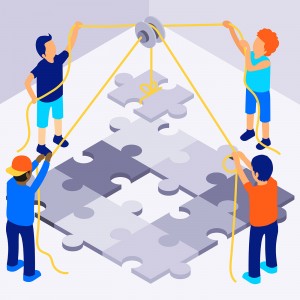 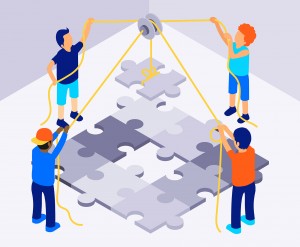 Have you ever attempted to implement a procedure with a group, or move toward some sort of change that everyone approved of, or get a prospect, client, or patient to agree to adopt a new solution and ultimately fail due to lack of Buy In? It happens all the time:

97% of software implementations are considered failures (and it’s blamed on the group).

The sales model fails to close 95% of assumed buyers, even those who really need their services (and it’s blamed on the ‘stupid’ buyer).

Coaches lose clients who didn’t get the results they wanted (and it’s assumed the clients didn’t really want to change).

Negotiations rarely end up with both sides feeling they were treated fairly (and it’s blamed on the Other being selfish/vindictive, etc.).

Healthcare practitioners fail to convince ill patients to switch to lifesaving regimens (and it’s blamed on the patient not wanting to be healthy).

In each of the above situations, Buy In, permanent Behavior change, compliance, and better decision making could have easily been facilitated by the Influencer. But not with the approaches used.

THE COST OF NON-COMPLIANCE

Failure to elicit Buy In is costly. We certainly try: to ensure success we encourage open dialogue, pose questions, request suggestions; we provide necessary details, data, and incontrovertible reasons; we carefully data-gather to ensure we understand the full fact patterns involved in any change; we request new Behaviors that will implement the new ideas. And yet something happens between our efforts and Another’s actions. What’s happening? We’re:

As Influencers we’re pushing from the outside before the inside is addressed; we’re requesting modifications from the very place that created and maintains the issue we seek to change, in a way that could cause instability.

To garner Buy In and avoid resistance, it’s necessary to help the status quo – the underlying system of rules, Beliefs, relationships, goals, people, etc. – configure its own change process before we begin our implementation, or close a sale, or modify eating/exercising habits for patients (or or or). Currently when we try to influence Others, we’re attempting to CAUSE change to comply with OUR goals – pushing from the outside/in – and unwittingly pushing against the normalized status quo which will automatically resist. Sort of like trying to convince a forward-moving robot to move backward before reprogramming it.

To get real change with no resistance, to garner Buy In, agreement and permanent compliance, we need to help Others ELICIT their own change – inside/out. We need to help others reprogram themselves. And just like with a robot, we cannot do it as outsiders pushing our agendas against their established norms.

Our current process to elicit Buy In includes sharing information about our goal: we offer the right details, at the right time, presented the right way, with the right languaging, assuming people will understand its importance and generate new Behaviors. We’re offering what WE want them to know and do, so they will take the action WE want them to take (but may initially seem damaging for them personally).

Information is useless as a stimulus for change until the underlying system that maintains the status quo has prepared itself to change and seeks that specific bit of data to complete new activity. So the robot wouldn’t need verbal instructions from us to move backwards when confronted with a wall, for example, until it already had the capability of moving backward. The robot will break, or just stop working, if we start by trying to push it backwards. Information is the very last thing needed once a route through to congruent change has been designed and the system understands the exact information it will require for Excellence.

Unfortunately, our efforts often fail because we use reasoning, rationale, stories, scientific arguments, numbers crunching, etc. as the ‘rational explanation’ to incur Behavior change and compliance. I was once consulting with Inside Sales at Bethlehem Steel after they moved 90 people from their homes in individual states into one of two centers (Sparrows Point, MI, or Burns Harbor, MD). The Bethlehem Team had ‘incontrovertible evidence’ that teams were more effective when working around each other. They gave the sales folks one month to move house, relocate, sell their homes and buy new ones, get new schools for their kids, etc. The people were furious. Many quit; some had heart attacks. One woman actually became ‘emotionally blind’. All were separated from their families and pets for months while family members were left behind to finish school, pack, sell their houses. My client couldn’t understand why they were so upset. He had, he reasoned, paid all their expenses and gave them $5,000 for their upheaval. The information that detailed the reasoning wasn’t the problem.

CHANGE IS AN INSIDE JOB

All systems (and each of us are a system) are set up to be stable and habitual as per Homeostasis. Systems can’t even recognize anything is wrong, as they are self-perpetuating and ignorant of the problems they’ve already baked into the ‘operating’ system. Fish don’t recognize the water they’re in.

Before any change, or new decision, our unconscious system must be assured its norms will be preserved, its core objectives will be met, its Beliefs and core principles will be maintained, and it will suffer minimal disruption. Buy In requires the core norms and rules of the system remain intact; it demands systemic agreement for core change, and a reconfiguration of the habituated internal configuration that created and maintains the status quo (and the problem being resolved). Only when the system is reconfigured with new rules and Beliefs and norms, will it design the new output, choices, and Behaviors that we require.

The way we’re going about it, we’re inadvertently setting up non-compliance by pushing in against the norm before the system has determined how or why to make changes and actually causing the resistance we get. For congruent change and Buy In, (human) systems must design their own route to determining if they seek change, and if they do, they must understand how to reconfigure their unconscious norms in a way that maintains Systems Congruence; they will not, cannot, hear, understand, or apply what we want from them until all this is handled.

Questions pull a fraction of a fraction of the real answer, if they even find any pay dirt at all. To remedy this problem, I’ve developed a new form of question (Facilitative Questions) that eschews information exchange or pull, and acts as a directional device, guiding the Other through their own unconscious (and beyond their biased listening) to cull their own responses and reorganize their internal hierarchy of choices accordingly. They actually lead the brain to sequentially capture each element of memory and Beliefs, highlight each decision necessary in the right order, and develop each necessary action, that all systems must take in order to recognize the elements of their unconscious change. All systems take these internal, unconscious steps anyway, while outsiders wait or push. With Facilitative Questions, outsiders can actually serve Others in making their own best decisions. [Note: I’m happy to discuss this new question if you’d like to contact me.] It’s toward the end of this process they seek the information they need.

Until or unless every element that maintains the problem and causes the current Behaviors that need changing agree to, and have a route through to, change, no Buy In can occur.

BEHAVIORS ARE NOT THE WAY IN

Most people certainly are willing to change to become ‘better’ if they know how to change without major disruption and that they’ll maintain Systems Congruence. Change involves disrupting the status quo in a way that causes different Behaviors to emerge. But new Behaviors cannot emerge without the foundation that stimulates them changing as well. Changing behaviors is not so simple as changing behaviors.

Behaviors do not exist in a vacuum. They are merely the output, the translation, of our unconscious Belief system – we ‘do’ what we ‘do’ because our system needs a physical representation of who we are. Because we’re each unique, we each exhibit different Behaviors to interpret our unconscious Beliefs. And an outsider sees only the output (i.e. the action, the Behaviors) without understanding the underlying values that created them. I repeat, as this is a hard one: there is no way for an outsider to understand, or change, Another’s Behaviors because the system that developed them is unique for each person.

To enable agreement and change, we must facilitate the Other to change its own system, to design new Behaviors, and re-assess the norms, rules, and Beliefs that developed the Behaviors to begin with. There are actually 13 steps necessary for real change to occur. I’ve coded these steps of change and have scaled them, teaching them in the sales and coaching fields (as Buying Facilitation® over the past 35 years. The Change Facilitation model I’ve developed gives influencers the tools to

For Buy In and compliance, we must stop trying to influence or cause the change, but enable Others to develop their own change. It might not look exactly like we hoped, but it will carry our goals forward in a way that becomes a welcome part of the status quo, habituated and accepted immediately. Healthcare providers will elicit permanent healthy Behaviors from patients; buyers will know how to buy quickly; implementations will occur effortlessly and quickly. Our problem has been our focus on changing Behaviors our way. Let’s enable Others to design their own change. And then they will happily Buy In to becoming their own brand of Excellence.

Sharon Drew Morgen is an original thinker and the developer of Buying Facilitation®, a generic Change Facilitation model she’s taught in dozens of global corporations (Kaiser, Bose, IBM, KPMG, Wachovia, etc.) to sales, coaching, and leadership teams. She is the author of 9 books, including NYTimes Business Bestseller Selling with Integrity, and the sales standard: Dirty Little Secrets: why buyers can’t buy and sellers can’t sell. Sharon Drew also decoded how our brains keep us from hearing others (What? Did you really say what I think I heard?) and offers a route through to closing the gap between what’s said and what’s heard. Sharon Drew is currently developing a route to wellness and healthy eating by facilitating a healthy identity. She can be reached at sharondrew@sharondrewmorgen.com and 512 771 1117. Read other articles on change, sales, leadership, decision making, and creativity at her award winning blog: www.sharondrewmorgen.com