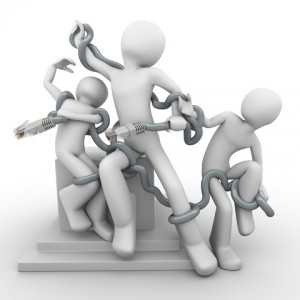 In 1997, Bill Ury and I had to read each other’s books (my book was Selling with Integrity) in preparation for working together for KPMG. A week before our introductory lunch meeting in Santa Fe, I read his book Getting To Yes (where BATNA – Best Alternative to a Negotiated Agreement – originated), marked the areas I disagreed with in red, and sent the marked book back to Bill. There was a lot of red: his book teaches how to get what you want (potentially win-lose) rather than how everyone can walk away satisfied (win-win). After comparing our models and a very interesting discussion about the different outcomes between a win-win and a win-lose negotiation, he agreed with me and we worked with KPMG using a win-win model.

Win-lose is an incongruity. Using benchmarks for ethics and integrity, if one person loses, everyone loses – hence there is only win-win or lose-lose. Yet in the typical negotiation process it’s hard to find a win when the ‘things’ being bartered are not ‘things’ at all but representations of unconscious, subjective beliefs and personal values (termed Criterial Equivalents in NLP) without either negotiation partner fully understanding the underlying values these items represent to the other: i.e. a house in the country might represent a lifetime goal to one person, and just a place to live to another; a $1,000,000 settlement might illustrate payback for a lost, hard-won reputation to one person, and extortion to another. When much younger, I spent a fortune on a 14K gold waist chain, believing that this decadent indulgence defined me as ‘making it.’ Seriously.

It’s possible to take the negotiation beyond the ‘things’ being bartered, away from the personal and chunk up to find mutually shared values agreeable to both – and then find ‘things’ that represent them. So it might be initially hard to agree who should get ‘the house’, but it might be possible to agree that it’s important everyone needs a safe place to live.

Discussions over high level values are often more generic, and far less likely to set off tempers than arguments over ‘things’: if nothing else, it’s easier for negotiation partners to listen to each other without getting defensive. And once values are attended to and people feel heard they become more flexible in the ‘things’ they are willing to barter: once Compensation that Values Employees is agreed to, it’s possible to creatively design several choices for an employee to feel fairly valued without an employer stretching a tight budget.

Think about negotiations as a way to enhance relationships rather than a compromise situation or a way for someone to win. There is nothing to be won when someone loses.

Sharon Drew Morgen has been coding and teaching change and choice in sales, coaching, and leadership for over 30 years. She is the developer of Buying Facilitation®, a generic decision facilitation model used in sales, and is the author of the NYTimes Business Bestseller Selling with Integrity. Sharon Drew’s book What? Did You Really Say What I Think I heard? has been called a ‘game changer’ in the communication field, and is the first book that explains, and solves, the gap between what’s said and what’s heard. Her assessments and learning tools that accompany the book have been used by individuals and teams to learn to enter conversations able to hear without filters.
Sharon Drew is the author of one of the top 10 global sales blogs with 1700+ articles on facilitating buying decisions through enabling buyers to manage their status quo effectively. She can be reached at sharondrew@sharondrewmorgen.com or 512 771 1117