Servant Leadership: new skills to serve others, and why the old ones don’t work 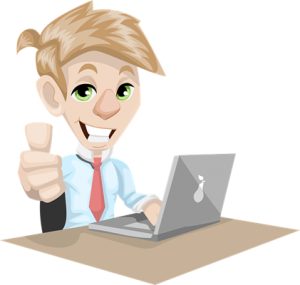 I became enamored of the concept Servant Leadership in the 1980s. Developed by Robert Greenleaf, it’s defined thus: a philosophy and set of practices that enriches the lives of individuals, builds better organizations and ultimately creates a more just and caring world. Greenleaf says, “The servant–leader is servant first… It begins with the natural feeling that one wants to serve.”

Such an important concept, yet the skills to practice it elude us. I’d like to help change that.

As a Quaker, I deeply believe that serving one another is a necessary aspect of our lives. But the communication skill sets inherent in our culture don’t make it easy for influencers to truly serve:

With our current skill sets, we end up pushing our own agendas (in the name of the Other, of course), according to our subjective needs, beliefs, and goals (using our ‘professionalism’ and ‘intuition’ to tell ourselves we’re ‘right’) and restrict the full set of possibilities, ignoring the Other’s unique choices.

We assume that we have the moral high ground, that because our intention is honorable, the only missing piece is ‘how best’ to get Others to do what we think they should do.

I once ran a Buying Facilitation® training for The Covey Leadership Center. They staunchly believed that because they were teaching The Seven Habits of Highly Effective People, they had the right to push and manipulate.

We forget that by assuming we have Another’s answers we end up taking their power away, assuredly biasing the direction of their growth journey, and not serving them at all. And this actually causes the resistance we receive, and then we blame them – prospects seem ‘stupid’, patients ‘don’t care’ about their health, students ‘don’t want’ to learn, and clients ‘won’t listen’ to us – for resisting.

WHY WE CAN’T CHANGE OTHERS EVEN WITH GOOD MOTIVES

We know someone needs to stop smoking, or eat differently. We are certain the environment is in trouble. But we don’t seem to have the ability to get Others to change. We provide all the scientific evidence, relate a story of someone who has died, or offer different approaches to stop. We know that a company or group really, really needs our solution. And yet they persist with failing results rather than change.

What is going on? Why would anyone prefer to maintain failure rather than change? Seems that way, but it’s not entirely accurate. Everyone would prefer Excellence, but conventional practices do not effectively manage the unconscious that would need to buy-in to, and accommodate for, any change.

Let’s start with our attempts to have Another change a behavior. Our failures are due to the ways our brains have created and maintained our status quo:

Our current approach leads to a high degree of bias, resistance, and failure as we promote changes that challenge Another’s status quo. We don’t realize that anything ‘new’ must fit with the status quo or it gets rejected. We don’t realize we’re actually causing the resistance we receive.

And resist they do – not because our data or goals aren’t worthy or necessary, and not because they don’t want to change per se, but because our good will, shared information, and ‘push’ tactics conflict with the Other’s unconscious system that protects itself from unknowable disruption.

Indeed, any modifications to the status quo would have to be performed in a way would leave the system congruent. The system would rather be as it is, than not exist. And the time it takes for the system to accept and make room for the ‘new’ is the length of time it takes for adoption. With the best will in the world our suggestions challenge their Systems Congruence.

And unfortunately, as doctors and sellers, trainers and consultants, parents and coaches – as influencers – we don’t have the skills to do more than attempt to cause the change WE think is needed, rather than elicit it. We don’t naturally possess the skills of Servant Leadership.

GIVE UP INDIVIDUAL NEEDS

True Servant Leadership enables others to elicit their own congruent change. We need new skills that facilitate Others, and a switch in perspective to enabling Others to discover their own answers by facilitating Another’s change, offering real leadership.

I’ve spent my life coding and training the unconscious route through to choice and change. Although I’ve used it in the sales industry (Buying Facilitation®), it’s actually a generic Change Facilitation model that offers the tools to enable Others to discover their own Excellence, an Excellence that complies with their own Beliefs, an Excellence that can be eagerly, joyously adopted because it operates from within their status quo.

Decades ago, I mapped the sequential steps of systemic choice, change, and decision making enabling people to discover their own best choices that match the rules and values of their internal system. These steps traverse a pathway from the unconscious through to buy-in and Systems Congruence so change is comfortably adopted.

I have taught these skill sets to influencers in business, coaching, leadership, and healthcare to assist in facilitating permanent, congruent change: to help buyers buy, to help coaches, leaders, and doctors elicit congruent, permanent change, to help learners learn permanently – eliciting the core of the unconscious HOW to facilitate Another’s excellence their own way – to find their own answers.

So what would you need to know or believe differently to be willing to begin interactions as a Servant Leader rather than a coach, parent, seller, leader? How can you know, given the skill sets and foundations are so different, that it’s worth taking the time to add new skill sets to the ones you already use? Imagine having the skills that truly enable Others to find their own Excellence. Imagine being a true Servant Leader.

Sharon Drew Morgen is a breakthrough innovator and original thinker, having developed new paradigms in sales (inventor Buying Facilitation®, listening/communication (What? Did you really say what I think I heard?), change management (The How of Change™), coaching, and leadership. She is the author of several books, including the NYTimes Business Bestseller Selling with Integrity and Dirty Little Secrets: why buyers can’t buy and sellers can’t sell). Sharon Drew coaches and consults with companies seeking out of the box remedies for congruent, servant-leader-based change in leadership, healthcare, and sales. Her award-winning blog carries original articles with new thinking, weekly. www.sharondrewmorgen.com She can be reached at sharondrew@sharondrewmorgen.com.