The Arrogance of Listening 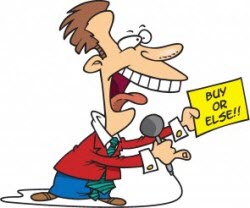 When researching my book on the gap between what’s said and what’s heard (What? Did you really say what I think I heard?) I discovered that most people believe they listen accurately, and that any miscommunication or misunderstanding is the fault of the Other.

When my book came out, 20,000 people downloaded it in the first 3 months. I received hundreds of emails from readers profusely thanking me for the book, saying they were going to give it to their spouses/colleagues/clients so THEY could learn to hear to these readers without bias or misunderstanding. Did readers not grasp how our brains are wired to make it highly unlikely we understand what others mean without bias? How was it possible that they missed the fact that ALL brains operate this way, even their own?

I also received calls from managers saying they wanted me to train their teams so they could better listen to each other, and to their clients. Yet none of them hired me. Why? Their teams believed they didn’t need training cuz they listened just fine, thanks, that any miscommunication lie on the side of the client/colleague.

HOW OFTEN DO WE MISUNDERSTAND WHAT’S MEANT

There are two issues here.

Truth: our brains have constructed unconscious, subjective filters (biases, assumptions, triggers) over the course of our entire lifetimes, making it highly improbable to accurately hear some percentage of what others mean to convey (percentages vary according to how far they are from our own subjective biases). Additionally,our brains subjectively and habitually match what they hear, to stored, historic conversations we’ve had (some from decades ago, some wildly out of context), thereby altering our Communication Partner’s meaning – and what we think they’ve said – accordingly. Unfortunately for us all, it happens at the unconscious, making it difficult for us to change/fix/recognize.

Reality: because our brain only offers us the interpretation it has constructed, (and we have no idea what percentage of this is correct), we believe we ‘hear’ accurately. So if I say ABL and your brain tells you I’ve said ABP, you will fight me to the death that you heard ‘right’, or that I just didn’t remember what I said, without realizing that your brain may have altered the transmission all on its own, without telling you. I had one Active Listening professor wildly mishear and misrepresent what I said, yet claimed I was probably having a Freudian Slip (he actually said that) because what he ‘heard’ was ‘accurate’ and I was mistaken.

Sadly it’s impossible to accurately hear the full extent of what our Communication Partners mean to convey (although we might hear the words [which we remember for 3 seconds]). Obviously with folks we’re in contact with regularly, our brain recognizes those unique communication patterns via habits and memories and does a better job for us. Not so much with people not in our immediate sphere, or when we enter conversations with assumptions and biases that restrict the entire dialogue.

But haven’t we all been burned over time with misunderstandings or assumptions? Haven’t we all realized that maybe, just occasionally, maybe sometimes, that we might have, on a bad day, misunderstood someone? And that it was actually our fault? What’s the deal about needing to be ‘right’?

In a recent conversation with my friend Carol Kinsey Goman (body language guru) we couldn’t figure out why the word ‘listening’ elicited so much denial. Why don’t companies demand their employees listen without bias? To hear clients without assumptions? To walk away from meetings with To-Do lists that actually represent what was agreed to at the meeting? Why is ‘listening’ a ‘soft skill’ when it informs all client interactions, team productivity, and creativity? Why do we assume we listen accurately?

Misunderstanding, misrepresenting, distorting what others say costs us all a lot – in personal capital, money, and possibility. So I ask you:

Sharon Drew Morgen is the author of What? Did you really say what I think I heard? and 7 books on decision/change facilitation in selling/buying decisions including the NYTimes Business Bestseller Selling with Integrity. She is the developer of Buying Facilitation® a generic change management model that enables leaders to facilitate clients through their change decisions (for sellers, coaches, leaders, negotiators). She coaches, trains, keynotes, and consults in the areas of sales, listening, change, and leadership.

In addition to introducing a model in What? that enables readers to circumvent their brain’s filters, Sharon Drew has developed an on-line Listening Assessment to make it possible to recognize where biases lie, and a Listening Tool to help individuals and teams learn how to circumvent the unconscious and listen without any filters or bias. There is also a one-day training program to teach teams how to listen to each other and clients with no bias.
Contact Sharon Drew directly with questions. sharondrew@sharondrewmorgen.com 512 771 1117