The Truth About Women in the Workplace 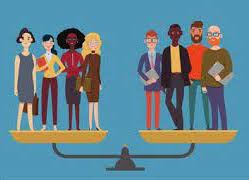 Imagine starting work each day at 7:45 with a 15 minute meditation and working until 3. At your 7-8 pm nightly zoom meeting the team shares new ideas, discusses problems, and sets agendas for upcoming work; follow-on meetings occur at 8-9pm. Your workspace has a corkboard to put up whatever items keep you happy and creative. All memos use She or They pronouns exclusively. Besides vacations, you’re given a week off each year, with full pay and costs covered to take any course in the US that will keep you creative.

Your manager (as are most managers and corporate leaders in your company) is a woman. All salaries and bonuses are published online for transparency. For the annual super bonus, you develop a new product (with a pitch statement explaining how to make money AND make nice) to fit within the decision team’s (all women) criteria around physical, mental, and emotional intelligence. You will trial the idea to your boss during your monthly check-in where she asks about your work-life balance and to make sure you’re doing well. All communication practices are built around win/win, both/and, and Servant Leader thinking. And for help solving problems, you can access the company coach.

In case you haven’t guessed, this might be how a woman-run workplace operates, although women would certainly make sure of an equal ratio of women to men. The hours are set around school hours, with after-dinner time devoted to unfinished work. And sharing feelings, ideas, creativity, happiness, are part of your job. How different work would be.

Hundreds of books have been written on the inequities that women suffer in the United States. (The most inclusive and fact-filled is: Invisible Women: Data Bias in a World Designed for Men ). But let’s take a peek at just one industry – the notedly woman-blind tech industry – and see how women fare.

Virtually all technology has been designed and funded by men.

In general, women are minimally present in innovation and leadership regardless of the industry. Women receive 10% of the funding (up from 2% in 1996. Um, yay?), far fewer management positions, less pay (Lower salaried women get equal pay; the higher the position, the more discrepancy between women’s remuneration and men’s.). We get underestimated, patronized, overlooked, undervalued, isolated and our ideas get ignored (or taken over to great fanfare by men); we’re kept off creative teams if we’re even hired at all.

We’re certainly left out of upper-management positions and Boards, invisible and not mentored, even as corporations claim to work toward having sustainable and diverse workplaces. Yes, it’s ‘getting better.’ But still nowhere close to equal.

And do you realize that everything you read uses a male (he) pronoun as standard? In my books I alternate pronouns in odd/even chapters. Invariably I get asked why I only use the feminine pronoun; readers don’t even notice the male pronoun used in half the book. Imagine if all books, all articles, were written with only ‘she’.

Hmmm. Oh. I know. We have vaginas.

How is it possible that a body part can cause such unfairness and stupidity, such a constraint on creativity and innovation and possibility? The problem is obviously long-standing and systemic – built right into the system.

It touches everyone. A colleague of mine is a trans woman who transitioned in her 50s after she had already achieved great status and pay as a man. She says that once she became a woman she was given less opportunities, less respect, and the possibility of less pay (She put up a helluva fight.) Same person. Same brain. Different genitals. It makes no sense at all.

According to statistics, men working in women-led companies (or teams) are over 50% happier and bring in far more revenue. Google states (bold from Google):

“Female-led organizations are more profitable, perform better, and have higher profit margins compared to male-led companies. …these economic benefits translate into profits of up to $1.8 billion globally” and “Companies with more women in management and board positions outperformed their more male-led counterparts.”

And the Boston Globe writes:

“Women — and men — report higher job satisfaction at women-led companies. Companies where women make up more than half the executive team scored higher in key areas: more confident in their employers’ overall goals and strategies; more effective communication and the mission more clearly defined, leading to a greater belief in the company’s product or service; and more autonomy.”

We know this. Really we do. So why aren’t we acting as if we do?

WHERE DO GOOD IDEAS GO IF YOU’RE A WOMAN?

I’ve had to contend with this my entire work life. As a woman inventor, my original thinking is too far outside the box – certainly too far outside mainstream – and sometimes defy conventional givens. But instead of excitement, curiosity, respect or consideration, my concepts are largely ignored or not believed and I’m denigrated. I just heard an erstwhile male colleague say I was ‘One of the most brilliant people I’ve ever met. But so irritating!’

And I get overlooked. When Harvard Business Review did a double edition on ‘The Future of Sales’ years ago, I was excluded. Why? As the inventor of Buying Facilitation®, the only new, wholly unique selling model in 100 years, it was quite a surprise, especially when the editor was a think tank colleague! I called him:

SD: Hey, Tom. Nice Job. But since I have the only future-based selling model, and you are familiar with my work, how did you leave me out? You included Dale Carnegie which is 90 years old, not the future, and no longer being used. Why couldn’t you at least have given Buying Facilitation® a mention somewhere?

TS: I thought of it, Sharon-Drew. But you didn’t have the credentials.

Um. Let’s see: New York Times Business Bestseller (Selling with Integrity) with six other books and over 500 published articles on the subject; trained 100,000 sales people globally for many Fortune 500 companies with an average of a 600% increase over sales. What credentials am I missing?

The problem first reared its head in 1996. Years before Google, with a new World Wide Web that had no search capability, I developed a search tool that efficiently facilitated site visitors to the exact page(s) they needed. Then, in the Dot Com era where even Joe the Plumber was raising millions, I sought funding. I was offered $15,000,000 by the one woman VC in Silicon Valley IF I could find another million from someone else.

You know where this is going: In an era where investors were hungry for ideas, eager to give away millions to just about anyone who provided a sliver of hope that they could be part of the action, I couldn’t find $1,000,000 from a male investor for a pretty cool idea that was at least worth trialing. I’m going to make a guess that my being a woman had something to do with it.

CASE STUDY OF A WOMAN INVENTOR – MY STORY

With a distinct mental vision of brain connections, a visceral insight into systems, accompanied by decades of study with available data, I’ve spent my life designing ways to consciously cause change – the HOW to enable everyone to discover or create their own best answers by generating neural circuits. With the intent to serve Others to discover their own excellence, with the trust that everyone has their own answers, I build a bridge between spirit and business.

Profound ideas and innovative capabilities for healthcare, sales, leadership, coaching, decision making, change, training, and management. They’ve made their way into the world. Sort of. Stolen in part by men (A recent new ‘partner’ advertised my newest idea (Buying Enablement) as his own, relegating me to ‘trainer.’), the ideas have been minimized (misunderstood, misdefined) to fit mainstream thinking causing me to watch my own ideas, now defined almost beyond recognition, compete with me. At a think tank recently, I discussed my ideas with a Harvard neuroscience who firmly stated that I was obviously a liar as my ideas weren’t possible.

But it doesn’t stop at ‘liar’. I’m seen as: pushy (translation for a man with similar behaviors: A Go Getter!); obnoxious (He’s Got Such An Interesting Personality!); arrogant (He’s So Confident!); eccentric (Great Ideas! Soooo Outside The Box!); without merit due to inadequate education (His Ideas Are Profound! And Self Taught Too! He’s A Genius!) and irritating (She’s So Much Smarter Than Me!).

And yet I wake up every day with hope – hope that at least some of the concepts will be used to enable folks to truly serve one another, for people to consciously change habits permanently, for leaders to enable change without resistance, for doctors to facilitate folks to healthier lifestyle choices, for sellers to facilitate people through change.

Is it possible if I were a man they’d be endemic by now?

WHERE DO WE GO FROM HERE?

What needs to happen for helpful, useful, innovative ideas to be shared and distributed regardless of the gender of the creator? I certainly don’t have answers. But I can offer some questions for us all to noodle:

It’s time, folks. It’s time to use all the brain power, the heart capacity, the creativity and innovation available, regardless of genitalia. What are you willing to do to help make it happen?